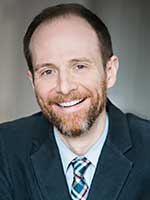 Dr. David Fryling is director of choral activities at Hofstra University, where he conducts both the select Hofstra Chorale and Hofstra Chamber Choir and teaches beginning and advanced studies in choral conducting, as well as graduate-level studies in choral conducting and choral literature. In addition, he is as an adjunct professor for the Hofstra School of Education, and has served as music director and conductor of the Hofstra Opera Theater. In fall 2014 David was inducted into the Long Island Music Hall of Fame as the “Educator of Note” in recognition of his years of leadership in the Long Island music education community, and in the spring of 2017 David was named the winner of the American Prize in Conducting in two categories: community chorus and college & university.

In fall 2013 David founded the eVoco Voice Collective, a nonprofit organization of singers of the highest musical, technical, and expressive abilities, who together believe in the transformative and educational power of music. eVoco’s current projects include the Mixed Ensemble, the Women’s Ensemble, the Open Door Ensemble, the High School Invited Voices, as well as an annual voice recital featuring the eVoco Young Vocal Artist Award winners. Teachers and students of music, especially, are encouraged to “sit in” throughout all rehearsal processes in the hope that the ensemble’s weekly work together will serve as a continual learning space for students, educators, and music enthusiasts alike.

From 2007 to 2013, David served as coordinator of the Vocal Artists program at the Interlochen Center for the Arts in Michigan, where he was conductor and music director of the World Youth Honors Choir and Festival Choir & Orchestra. From 2013-2016 David served as a guest artist on the conducting faculty of the New York State Summer School of the Arts (NYSSSA) School of Choral Studies in Fredonia, NY. In the summer of 2018 he joined the Sitka (AK) Arts Camp faculty.

In addition to his professional teaching and conducting responsibilities, David has served the American Choral Directors Association for many years, and is a Past President of the Eastern Region.

For a complete list of Conducting Activities, Workshops, and Clinics, visit www.DavidFryling.org 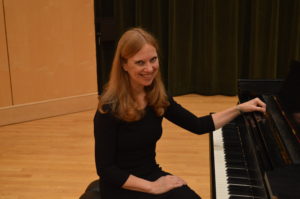 Dr. Laura Artesani currently serves as chair of the Division of Music and interim chair of the Division of Theatre/Dance in the School of Performing Arts at the University of Maine. In addition to her administrative duties, she teaches Elementary and Secondary General Music Methods courses, and serves as piano accompanist for the University Singers and at faculty and student recitals. Noteworthy performances include the Schagerl Brass Festival in Melk, Austria with Dr. Jack Burt, the International Trombone Festival in Arlington, VA with Dr. Dan Barrett, and ClarinetFest in Baton Rouge, LA with Dr. Beth Wiemann. She has completed levels I-III of Orff Schulwerk teacher training, and is the recipient of a research grant from the American Orff Schulwerk Association. Articles that she has written or co-authored have been published in the Journal for Music Teacher Education, The Orff Echo and General Music Today. 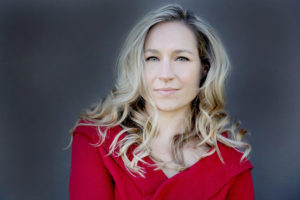 Jocelyn Hagen composes music that has been described as “simply magical” (Fanfare Magazine) and “dramatic and deeply moving” (Star Tribune, Minneapolis/St. Paul). She is a pioneer in the field of composition, pushing the expectations of musicians and audiences with large-scale multimedia works, electro-acoustic music, dance, opera, and publishing. Her first forays into composition were via songwriting, still very evident in her work. The majority of her compositions are for the voice: solo, chamber and choral. Her melodic music is rhythmically driven and texturally complex, rich in color and deeply heartfelt.

In 2019, choirs and orchestras across the country are premiering her multimedia symphony The Notebooks of Leonardo da Vinci that includes video projections created by a team of visual artists, highlighting da Vinci’s spectacular drawings, inventions, and texts. Hagen describes her process of composing for choir, orchestra and film simultaneously in a Tedx Talk given at the Walker Art Center in Minneapolis, now available on YouTube. Her dance opera collaboration with choreographer Penelope Freeh, Test Pilot, received the 2017 American Prize in the musical theater/opera division as well as a Sage Award for “Outstanding Design.” The panel declared the work “a tour de force of originality.”

In 2013 Hagen released an EP entitled MASHUP, in which she performs Debussy’s “Doctor Gradus ad Parnassum” while singing Ed Sheeran’s “The A Team.” She is also one half of the band Nation, an a cappella duo with composer/performer Timothy C. Takach, and together they perform and serve as clinicians for choirs from all over the world.

Hagen’s commissions include Conspirare, the Minnesota Opera, the Minnesota Orchestra, the American Choral Directors Associations of Minnesota, Georgia, Connecticut and Texas, the North Dakota Music Teachers Association, Cantus, the Boston Brass, the Metropolitan Symphony Orchestra and the St. Olaf Band, among many others. Her work is independently published through JH Music, as well as through Graphite Publishing, G. Schirmer, Fred Bock Music Publishing, Santa Barbara Music Publishing, and Boosey and Hawkes.