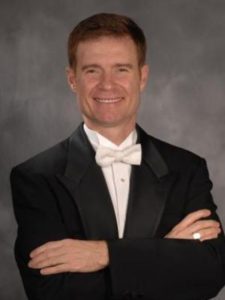 Scott A. Jones is associate professor of music and associate director of Bands in the School of Music at The Ohio State University in Columbus, Ohio. In addition to conducting the Symphonic Band, he also leads the undergraduate conducting curriculum and serves as director of the Ohio State Youth Summer Music Programs. Prior to joining the faculty at Ohio State, Dr. Jones served as director of bands at Concordia College in Moorhead, Minnesota. He also garnered 15 years of teaching experience in the public schools of Apple Valley, Minnesota and Ashville, Ohio.

Jones was recently honored with a 2015 Alumni Award for Distinguished Teaching at Ohio State and was recipient of the 2013-14 Ohio State School of Music Distinguished Teaching Award. He was also named “Music Educator of the Year” by the Minnesota Music Educators Association, and was one of three school band conductors from the United States selected to participate in the National Band Association International Conducting Symposium in Rome, Italy. His guest engagements regularly include All-State Bands and Honor Bands, as well as international engagements throughout Asia. 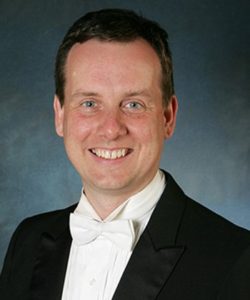 Dr. Charles Rochester Young has won high praises and honors for his work as a composer. Young’s original compositions have been performed on five continents, in all 50 states, and in major halls in the US and Europe, including Carnegie Hall and Lincoln Center. Thousands of known performances of Young’s music have been heard around the globe. His works have been performed by members of most major orchestras in the US as well as some of the world’s foremost soloists and chamber ensembles. His works are widely published and recorded.

Young is a graduate of Baylor University and the University of Michigan. His mentors have included Pulitzer-prize winner Leslie Bassett, Donald Sinta, Marianne Ploger, Bud Beyer and Keith Hill. Previously, Young served on the faculty at the Interlochen Center for the Arts and the University of Wisconsin at Stevens Point.

A tireless advocate for training musicians in composition and improvisation, Young was named Wisconsin Professor of the Year by the Carnegie Foundation and the Council for the Advancement and Support of Education in 1999. The University of Wisconsin system named Young as the recipient of their University of Wisconsin System Board of Regents Teaching Excellence Award in 2000, their highest honor. Young is an active presenter, clinician and guest composer around the nation.